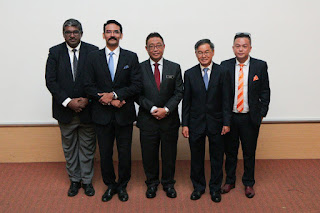 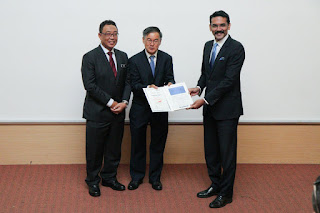 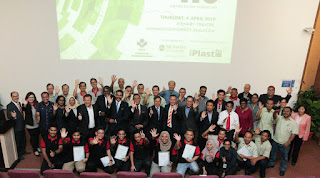 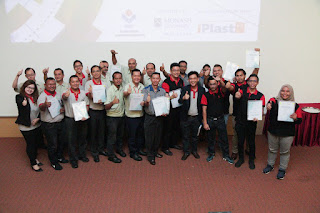 Photo 4 : Pioneering the future of plastics industry. Datuk Lim Kok Boon (center), President of MPMA together with the VIPs, CEOs and pioneer graduates of the First Step to Injection Moulding 4.0 (FSIM4.0) pilot programme.

This pioneer batch graduated from MPMA’s First Step to Injection Moulding 4.0 (FSIM4.0) programme that ran from September 2017 to November 2018.  The graduation ceremony was held today at the Plenary Theatre of Monash University Malaysia.

The four courses offered in the FSIM4.0 programme are: Scientific Moulding; First Step to Smart Manufacturing; Smart Maintenance; as well as Lean and Robot Based Automation.  Each course consists of five modules and each module requires five days of training.

The most important course was Scientific Moulding which saw participation from 45 candidates, out of which 22 successfully passed all five modules.  Scientific Moulding is critical as it is the core activity of an injection moulder and equips candidates with the know-how to run efficient and stable processes, ultimately enhancing production efficiency and quality in plastics manufacturing.

“We must continue supporting our people by equipping them with new, invaluable skills they will need to further their careers.  This in turn will contribute to significant economic impact and high-value job creation in the medium to long term,” he added.

Malaysia is one of ASEAN’s top exporters of plastic products, with about 50 percent of production directly exported as finished products.  The industry must be able to compete internationally with clients who demand high-quality products.

MPMA has been leading the way in championing Industry 4.0, and supporting the Malaysian government’s initiative to raise the country’s technical capabilities in order to advance into automated and digitized manufacturing.

In 2012, the MPMA Talent Development Programme (TDP) kicked off with the support of a RM3 million grant from the Economic Planning Unit under the Prime Minister’s Department.  The objective was to create a pool of knowledge-based technicians and engineers with the capabilities to drive the industry to the future.

TDP was a resounding success and through judicious spending and very careful cost control, MPMA managed to stretch the RM3 million grant to train a total of 384 workers and 18 trainers.  The number of workers trained is almost 75% higher than the original target of 220 workers. TDP covered modules in injection moulding, blow moulding and film extrusion processes.

FSIM4.0 was launched by MPMA in 2017 upon concluding the TDP.  In the same year, MPMA also collaborated with Monash University Malaysia in an initiative called the Malaysian Plastics Industry Skills Needs Study.  The study serves as a key reference for industry stakeholders to assess current and future skills needs.

“We look forward to the continued support of government in the form of training grants, soft loans for equipment upgrading.  Malaysia has a chance to stay ahead of the curve because of this support,” said Datuk Lim.